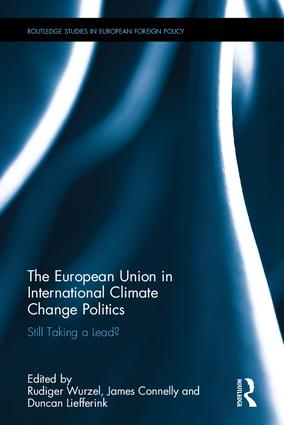 I took part in the workshop via phone conference. The title of my presentation and draft chapter title for the planned book publication is “Green economy or grey status quo – a Polish clash over climate and energy policyâ€.

The workshop was organised by the Centre for European Union Studies (CEUS) at the Univeristy of Hull on 24-25 September in Hull in Great Britain.

The purpose of the workshop was to discuss the draft chapters for an edited book publication â€œStill Taking a Lead? The European Union in International Climate Change Politicsâ€. The book is going to be edited by RÃ¼diger Wurzel and James Connelly (both Hull University) and will be published probably next year.

Here you may find my Powerpoint presentation.

Speech during the Intensive Programme of the MA in Euroculture “European Environments: How a New Climate is Changing the Old World”

The Intensive Programme of the MA in Euroculture â€European Environments: How a New Climate is Changing the Old Wolrdâ€ is going to take place at the Jagiellonian University in Cracov from 22 to 29 June. I am going to give a speech during the opening panel: â€œThe Climate of European Politicsâ€. The title of my speech is: â€œBringing energy to the people â€“ what Poland, Europe and the world really needâ€.

Some European states and the European Union are widely seen as leaders in global environmental issues. Various European states have gone furthest in moving toward sustainable energy policies; EU environmental standards are among the most stringent in the world. But the politics surrounding climate change are highly complex. Within Europe, there are wide differences among European states’ responses to environmental change, and in how voters and political leaders perceive the issue. Increased public awareness of the dangers of climate change does not seem fundamentally to have changed voting behavior on the national or European level. On the global level, complex issues of political, economic, andÂ soft power make it unclear whether the EU is really able to offer global leadership in promoting sustainable development.

Here students are invited to explore the issues and themes in which European integration, international politics, and global environmental issues meet and intersect. How does climate change affect the EU’s relations with, for example, China, Russia, Brazil, or the United States? How is the warming of the Arctic (raising the prospect of ice-free summers in the near future) affecting European energy, security, and trade policy? Are there European success stories like international cooperation in cleaning up the Rhine, or the development of European emission standards that can inspire transnational environmental cooperation elsewhere? Or does Europe’s current crisis undermine the Union’s ability to take up a leadership role? Does the rest of the world even want such leadership? Within the EU, can environmental crisis be a force that deepens European integration, or only a further strain on the Union? How, for example, will the EU respond to the expected influx of so-called climate refugees, driven from their homes by rising sea levels or desertification? What links Europe’s financial crisis and the crisis of European institutions to the problems of climate change? Could so-called ecological economics offer fresh solutions to the crisis of the eurozone? Finally, how can we best understand the interplay of local, national, European, and global forces that drive European governments’ responses (or lack thereof) to ecological concerns?

More information about the conference as well as its programme are available on the website of the Intensive Programme of the MA in Euroculture.

The conference is going to take place at the Free University of Berlin on 9 May. The title of my conference paper and presentation is: â€œPoland at the energy policy crossroads â€“ a superficial Europenization?â€.

The organizer, the Forschungszentrum fÃ¼r Umweltpolitik (FFU) [Environmental Policy Research Centre] at the Free University of Berlin, about the conference:

More information about the conference as well as its programme is available on the website of the FFU.

The COP19 Guide to Corporate Lobbying. Climate crooks and the Polish governmentâ€™s partners in crime

The United Nations Framework Convention on Climate Change (UNFCCC)â€™s yearly talks have become a â€œmust attendâ€ event for huge numbers of business and industry lobbyists, all eager to promote their preferred â€œsolutionâ€ to tackling climate change â€“ solutions which protect their business interests, provide them with new opportunities to profit and most importantly of all, allow them to continue polluting the climate and destroying the environment for everyone. False solutions to climate change have been promoted by powerful corporations and business interests for years, from a free market in pollution – a global carbon market that helps rich companies avoid emission cuts at source â€“ to public funding for controversial technologies like carbon capture and storage (CCS), nuclear power and agrofuels which have been shown to harm people and the planet.